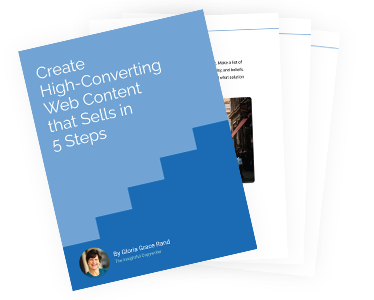 Click the button below to get the Create High-Converting Web Content that Sells in 5 Steps so you can start profiting online. 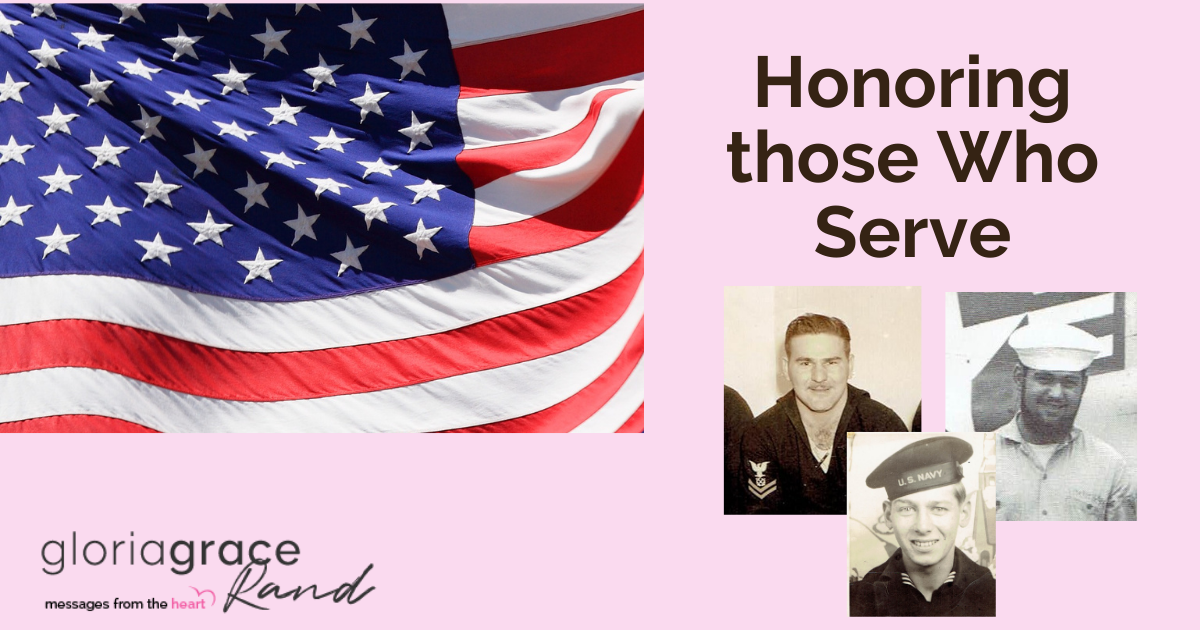 The following is a transcript of today’s Facebook Live:

Namaste. I’m Gloria Grace Rand. I’m here to share with you today’s Daily Word from Unity. Today’s word has a lot to do with what today is. As I’m recording this, it’s Thursday November 11, 2021 and in the United States, this is a day that we honor our veterans and those who have served in the military. And I have actually, three members of my immediate family, and now I also have a nephew who is in is in the navy and both my dad, my brother, and my uncle we’re all in the navy so we’re Navy folks.

And I even married into a family that that wound up having someone in the Navy, so I think my father in law served in the Army, but anyway, I digress.

Today we are talking about honor. That is today’s Daily Word from Unity and the affirmation is I HONOR THOSE WHO SERVE.

And the reading starts off…

Today I feel grateful for the selflessness of those who serve. These dedicated souls are called to place the needs of others beyond their needs, to offer their talents and strengths in the service of those they will likely never meet.

Even though they do this with no need of thanks, I am mindful of the time, the effort, and sometimes even the sacrifice it takes to serve others.

I bless these dear ones with prayers of safety and protection. I envision them serving with honor and clarity of purpose. I choose to honor them by sending them prayers of gratitude and care, as they continue to answer the call of service.

And then there’s a scripture reading from Psalm 84:11 – For the Lord God is a sun and shield; he bestows favor and honor. No good thing does the Lord withhold from those who walk uprightly.

So let’s keep in mind those, certainly those who have served in the past, maybe, those who have passed on, as I said my dad and uncle and brother are no longer on this earth walk they have transitioned. But my nephew is still around and he is serving, and so I think, I thank him for his service and I’m grateful for him choosing this career for himself because it’s not it’s not an easy one, and I know that I don’t necessarily believe in war as being a way to sell it…Was gonna say celebrate, but no that’s not what I meant to say what I meant to say was, I believe it is a way to settle necessarily conflicts. But in the world that we live in, unfortunately, that is the reality and then we do need to have people serving in our branches of military. I hope and pray that one day they will no longer be necessary, and that we will be able to settle conflicts peaceably with our words, instead of with weapons of destruction.

Until that happens, we can honor those who serve, and we can be grateful for the work that they do because it’s not easy, they have to go through training, rigorous training and then they can suffer, you know very greatly not only physical harm, but sometimes and probably mostly emotional harm. And it’s not an easy thing for people to go through, especially when they are in an armed conflict, so I give thanks for them and I encourage you to do so, and definitely bless them with, as it says here bless them with prayers of safety and protection because they need it absolutely.

And I do like this other line too – I envision them serving with honor and clarity of purpose. That’s a really good intention, I like that. Let’s do that; let’s envision all of the men and women in the armed services doing that and also other, you know other people who serve and protect us as well in other certain branches that are not necessarily military, but definitely are people who protect us, police firefighters, hospital workers, doctors, nurses. All of these people have dedicated their lives to taking care of us, one way or another, and so we owe them a great deal of thanks, so I thank you and whatever branch of service you’re in and I appreciate you and I hope that you will stay safe today and always and yes, let’s continue to honor them, as it says by sending them prayers of gratitude and care and know that as it says, no good thing does the Lord withhold from those who walk uprightly.

So, I hope you will have a good day today, and especially for those watching her in the US and hope you’ll take time to honor your, if you have any family members who have been in the service, to honor them today and say thank you to them. And until next time I encourage you to go out today and live fully love deeply and engage authentically.

Gloria Grace Rand
Known as The Insightful Copywriter, Gloria Grace Rand is also an inspirational speaker, author and host of the Live. Love. Engage. podcast. Prior to launching her SEO Copywriting business in 2009, Gloria spent nearly two decades in television, most notably as writer and producer for the award-winning PBS financial news program, “Nightly Business Report.”

Gloria turned to writing as a way to communicate, since growing up with an alcoholic father and abusive mother taught her that it was safer to be seen and not heard. But not speaking her truth caused Gloria problems such as overeating, control issues, and an inability to fully trust people. After investing in coaching & personal development programs, and studying spiritual books like “A Course in Miracles,” Gloria healed her emotional wounds. Today, she helps entrepreneurs develop clarity, confidence and connection to the truth of who you are, so you can create a business that has more impact, influence and income!